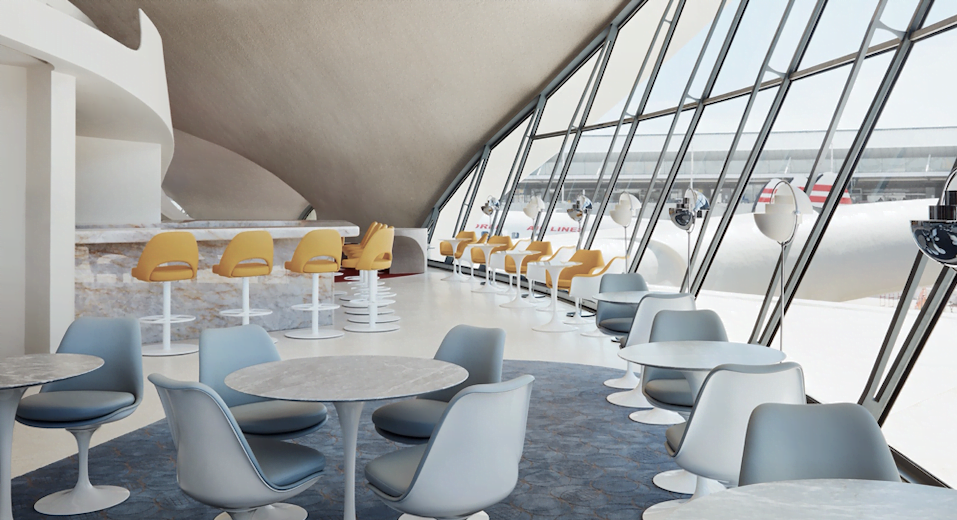 Tastes on The Fly Opens Café at TWA

The new TWA Hotel at John F. Kennedy International Airport (JFK) is now home to The Paris Café, a brainchild of Chef Jean-Georges Vongerichten and Tastes on the Fly.

The restaurant is located in the same spot as its namesake and inspiration, the original Paris Café and Lisbon Lounge, in what used to be the TWA terminal and is now the TWA Hotel at JFK. The space has 200 seats, an open kitchen, and full cocktail and champagne bar. The menu will be a blend of old and new, incorporating the restaurant’s 1960s classics with modern fare.

“Paris Café and Lisbon Lounge at the TWA Hotel bring the romance of travel back to JFK,” says Tastes on the Fly CEO Michael Levine.

Jean-Georges Vongerichten was raised on the outskirts of Strasbourg in Alsace, France and he is trained in classical French cuisine. He has worked at luxury hotels in Bangkok, Singapore and Hong Kong and he operates 36 three- and four-star restaurants around the world.

“As an avid traveler, I am very excited to create a new culinary destination in this iconic landmark,” he says.