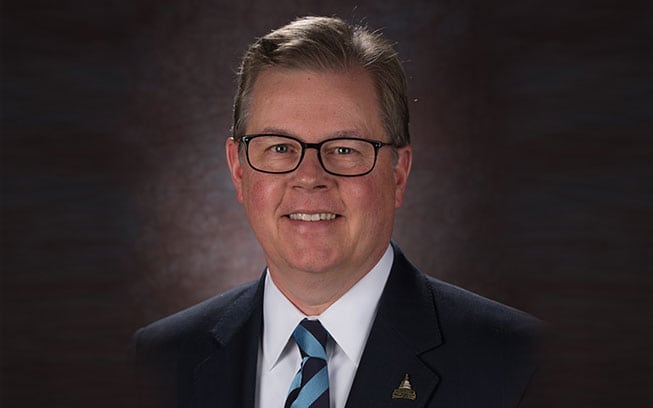 The airport industry was dealt a blow recently with the passage of a bill that funds the FAA for five years. The bill held steady the funding for the Airport Improvement Program and didn’t address an increase in the Passenger Facility Charge cap. The industry, mainly through Airports Council International-North America and the American Association of Airport Executives, has been pushing for an increase to the $4.50 cap on PFCs for years; now it must assess alternative funding options even while keeping the lobbying pressure on. AXN’s Carol Ward met with Kevin Burke at the recent ACI-NA conference in Nashville to discuss the path forward.

Ward: How are you feeling now that Reauthorization has passed?

Burke: I think the thing that shocked us the most is that they pretty much deadlined the AIP numbers. That hurts. It’s guaranteed funding, but that number is going to continue to drop over a five year period [due to inflation]. We would have loved to have gotten a PFC increase. But we got land use. We can start building things at airports that are good for airports and not have to get permission from the FAA.

We initially didn’t want to see this FAA bill go anywhere. We were hopeful they were going to extend it until next year. If the party [in power] changed and Democrats took over, then Peter DeFazio would have gotten a chance to write his own bill, which would include a PFC increase. But that didn’t happen, and we were not happy about that. (DeFazio, a Democrat, is the current ranking member of the House Committee on Transportation & Infrastructure.)

Ward: But the PFC battle isn’t over, correct? Will ACI-NA keep pushing on that front?

Burke: We’re going to support very strongly an infrastructure package that will support an increased PFC. Peter DeFazio has said he will be very supportive if he becomes chair. Even if he doesn’t become chair, we’re going to push for that. But if in fact we [don’t succeed], this is where it becomes interesting. We’re going to have to come up with different ways to figure out how to finance airports. If it’s not the PFC, is it public-private partnerships? Other ways? Our staff has been directed by our board to come back with Plan B and Plan C. We’re going to be working closely with our friends at AAAE to do that because, if there’s one thing I’ve learned through this process and being head of the organization for five years, when I started, there wasn’t a lot of faith in airport lobbying on Capitol Hill because of the friction between our two organizations. When they elevated Todd [Hauptli] to be president of AAAE and they hired me, both his board and my board said the same thing: your job is to get to know each other and work together, and we’ve done that. It helps the airport business, it helps us on the Hill because the Hill now sees that the airports have a unified position.

Ward: Are you seeing states step up in any big way to help fund airport infrastructure?

Burke: In New York, Governor Cuomo has distributed funds throughout upstate New York to airports that have shown need for money. He’s not given to all of them. Some states have been more proactive than others. North Carolina has been great. If you talk to some of the Florida airports, they say the state has been very generous in helping out. It doesn’t pay the full bill but it shows that the states see how valuable a modern airport is to local economies. Airports have to be creative. Some airports are going with the P3 [approach]. That’s going to work in some airports; it’s not going to work in others. I’m an optimist, but something has got to give here. Airports have done a good job of explaining what their needs are. Our last needs survey showed $100 billion over five years. The one we’ll be putting out soon I predict will be well over $100 billion because the longer you wait the more expensive things become. Part of our role as an association is to figure out how airports can get that money.