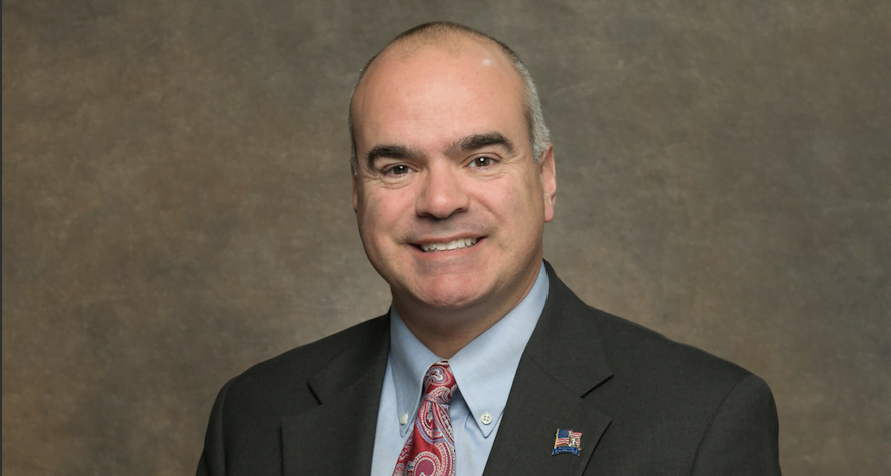 The Greater Rochester International Airport (ROC) has had an exciting year. After winning $40 million in the Upstate Airport Economic Development and Revitalization competition to renovate the terminal, the airport has spent the better part of 2018 putting that money and more to good use. What was previously an aging facility is now a high-tech airport boasting the latest tech in security, HVAC and accessibility. Since winning the AAAE Innovation Award for Small and Medium Hub Airports, ROC’s director, Andrew Moore, spoke with AXN’s Shafer Ross about ROC’s strides in innovation.

ROSS: Regarding the high-tech improvements and tech that Rochester International now features, were those part of your original plan for redevelopment?

MOORE: Yes, all technologies that we added to this terminal building were part of our original intent with this project. The desire was to create a 21st century state-of-the-art airport. The building was almost 30 years old and it was outdated. It needed a refresh, and this project provided us a good opportunity to do that, not only the brick-and-mortar side of things and the HVAC side of improving buildings, but also taking that proactive step with the technology upgrades that we could add and incorporate.

In doing that, we really took a hard look at what the needs, wants, demands of the passenger coming through the terminal building were. So, we came up with about seven innovative technology improvements to the terminal that we really felt brought this airport up to 21st century standards. That really was the catalyst behind our innovation efforts that won us a AAAE Innovation Award for Medium and Small Hub Airports. Over 100 airports qualified for that award, and Rochester won that award in 2018. We’re very happy and proud of the innovation upgrades that we incorporated.

ROSS: Can you describe a few of those seven innovations and why they were necessary?

MOORE: When we started putting together our project and our plans to upgrade the terminal, we looked at seven different elements: hearing loops, counter coils, visual messaging, sign-to-voice and -text capabilities, gate cameras, all-new plug-in capabilities and then some security elements such as bag-left-behind and facial recognition.

So, hearing loops was one of our first initiatives. We put the hearing loops in the new floor in areas of the terminal building such as the food court, airline gates, areas along those lines that allow a clear delivery of a public address announcement through an FM broadcast. It will allow an individual with a hearing aid to better hear those airline announcements that come from the gate, or any of the emergency announcements that come through our PA system.

The other element that we put in are counter coils. Again, they’re catering toward the hard-of-hearing population, and it really is at a point of contact: at your gate, the ticket counter, food concessions, car rentals, at the TSA checkpoint. This capability allows that one-on-one communication through a t-coil in the hearing aid that has a small radius around where that conversation is taking place. So, if you’re at a ticket counter, the counter coil capability would be there, through a microphone system, and the individual with the hearing aid could talk to the ticket agent and have a much clearer conversation.

Another element of what we tried to do with the hearing-impaired and Deaf population is visual messaging at each of our gates. We have 21 gates, and we have different color-coded messages and lighting systems at each of the gates. When the gates aren’t being used, they’re a dark, soft blue. When the gate’s activated, it turns white, which indicates some level of activity is going on. If there’s a message from the airline about a particular flight, you’ll get a wave of blue going through the gate. A green wave-light will indicate that boarding is about to commence. A red wave going through the gate area would indicate that there is some type of emergency announcement and they need to pay attention. This type of visual communication not only will help the Deaf and hard-of-hearing population by seeing what the messaging is, but honestly help every passenger who might not be paying attention to the voice messages but will notice the light.

We’re going to have over a thousand plug-in capabilities through the terminal, which will certainly can benefit all travelers coming and going through the airport. And we have some security technologies that we’re working on with bag-left-behind camera systems and facial recognition systems as part of our security initiative.

ROSS: What would you say is the future of innovation for ROC? You have these great initiatives that you’ve put in place now, is there a plan for further innovation?

MOORE: It is my intent to be as proactive on innovation and technology upgrades as we can be. Certainly we are looking around and talking to other airports. I’m very active in the AAAE organization and also in NYAMA, the New York Aviation Management Association. Talking with other airport leaders and management and learning from them is a big component, for me, as far as looking at other innovative ideas. Also, reading periodicals, attending conferences, and looking at what we can do as an airport to really stay on the forefront of what the needs of the traveler are moving into the future.

We’re really excited about these improvements. I think it’s a very proactive step for this airport to move us in a direction that can benefit the traveler, whether leisure or business. We’re trying to enhance the passenger experience, from curb to cabin, and I think the reaction we’ve received from the public is outstanding.