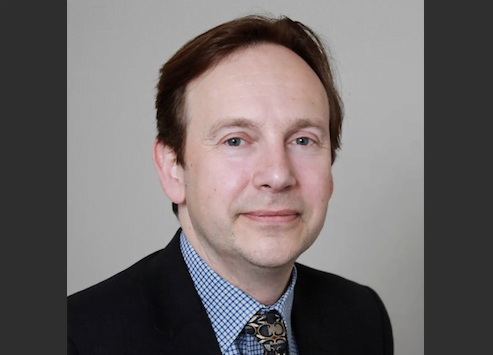 It was a decade ago that Uber launched operations, followed by Lyft a few years later. Together, they and other transportation network companies (TNCs) have upended ground transportation at airports. More disruptions are sure to follow.

Nigel Womersley De Zaldua, principal at consulting firm ICF, has examined the changes currently taking place at the curb and what might be in store for airports’ ground transportation in the future. He spoke with AXN’s Carol Ward about the evolution underway.

Ward: What should airports be doing to adapt to the new ground transportation environment?

Womersley De Zaldua: Change is happening, and trying to pretend that it’s not or thinking the traditional ways of ground transportation are going to continue is not beneficial to airports. They need to engage with these organizations, whether it be Uber or Lyft or anything else that pops up over the coming years. This is a technology- and consumer-driven decision and airports are not able to control it in the way that they might like to. I was involved with a few airports over the last couple of years where there’s been a negative reaction to the influx of the TNCs. They, along with the traditional ground transportation providers, the taxi companies, the limousine companies, the shuttle busses and so on, were doing everything they could to stop TNCs from getting access to the airport.

However, the past six to 12 months there’s been a change. Also, specifically with Uber, there’s been a change in their approach to the airports. If you look at 18 months ago, their management approach to airports was very much driven by the top. It was an aggressive, “get out of the way, let me do my business” sort of approach. Now they have an airport specialist team who coordinate with airports to work in a collaborative way to improve the customer experience by putting in specialist areas for TNCs and negotiating license fees and so on. Those are reasonable and beneficial to both parties.

Ward: The TNCs are fairly well established at this point. Do you have an idea of what is next? Perhaps car sharing?

Womersley De Zaldua: Car sharing is something that is being tried in all sorts of ways and guises for many, many years. It makes sense in a macro way – if two people are going to the same place, why wouldn’t they share a car? But for example with Uber, most people will go with the individual option rather than the car-share option. I’m not convinced that the whole car-sharing thing will be a major impact. Over the years it may build as people get more used to it, especially if young people feel more comfortable with it, but I don’t think the impact is going to be anything like that of the TNCs.

The TNCs are changing. Before, the Uber or Lyft would come to the airport, drop somebody off, then would have to leave the airport site, wait for a new customer then come back into the airport, pick up that customer and go. That meant a double journey – an empty journey leaving the airport and an empty journey coming back into the airport. Now, they trying software that allows a more traditional taxi approach where an Uber can arrive, drop off somebody and have another person waiting to take that Uber away from the airport. It reduces the number of vehicles on airport and actually frees up the roads a bit.

With something like Zipcar, I think there could be more of an impact than traditional car sharing. Anecdotally, I’ve heard there’s been some success outside of the U.S. I think it’s very much a cultural thing. The U.S. is a much more car-oriented country. People are mostly in their own cars, and the idea of having this sort of momentarily rented vehicle is not as comfortable culturally. That can obviously change, culture can change. But I think it’s a longer-term impact.

What I think is going to be interesting is the amount of effort and time that is being put into autonomous vehicles. That could completely change how airports are accessed, and have a massive impact on parking. It’s uncertain at the moment. How will autonomous vehicles work? Will you be brought to the airport in the vehicle, then it will wait in the car park until you return from a short journey? Will it just sit there charging? Or will it be situation where the vehicle drops you off and drives home? Then it would wait for you to arrive, drive back and pick you up. Whatever way it works, that’s going to have some significant impacts on the way ground transportation works in airports.

Ward: Airports need to know that, because they need to plan far into the future for parking, correct?

Womersley De Zaldua: Absolutely. Airports are starting to think [about the fact that] parking is not one of their core capabilities. The opportunity now is to outsource those car parks because there is a huge amount of risk and uncertainty. If I was an airport manager now, would I want to invest $800 million in building a multi-story car park…without knowing whether in 15 years’ time that car park is going to be virtually empty? Instead, you give it to a car park specialist. They say, “you pay me a big lump sum, you lease this infrastructure for the next 30 years, you run the pricing and pay me a guaranteed revenue each year for the next 30 years.” The idea that they can secure the revenue but outsource the risk is quite appealing.