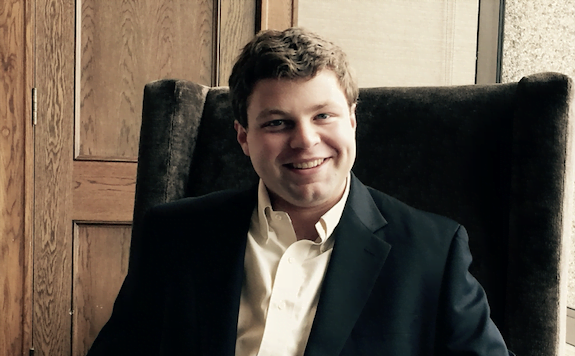 Micro-hotel brand Sleepbox debuted at Washington Dulles International Airport (IAD) earlier this year. Founded by M.I.T. students Mikhail Krymov, Peter Chambers, and Alexei Goryainov in 2016, Sleepbox offers an in-airport option for everything from quick recharges to overnight layovers with its single-room facilities. AXN’s Shafer Ross spoke to Chambers, who is cofounder and COO, about the inroads Sleepbox has made thus far.

ROSS: Where did you get the idea for Sleepbox, and why target airports?

CHAMBERS: It started with my partner, Misha [Mikhail Krymov, CEO] who’s an architect and designer. He came up with the project when he was stuck in the airport overnight. He was looking out at all the people sprawled across chairs or sleeping on the floor, and he figured he could design a process for solving that problem – something that brought a little bit of humanity back to that situation.

That created Sleepbox. Once we published the Sleepbox design and the concept, people all over the world were interested in bringing it to their local airport, and airports wanted more information about it. We were really excited to launch our first one recently at Washington Dulles International.

ROSS: How’s the response been to your first location? What are you offering there?

CHAMBERS: It’s been going great. We’ve been pretty much reaching our target occupancy since we opened and we’ve been hearing great feedback from guests who stayed.

We have three different types of our modular Sleepboxes. Each Sleepbox is a hotel room that can be assembled and plugged into a wall – that’s all that’s required to set up. There is a standard and a compact space, and every room has the same amenities and accommodations inside of it. All have custom-manufactured memory foam mattresses that are longer than king- sized mattresses and narrow like a twin for single occupancy. They all have climate control, customized lighting, wireless speakers, charging ports, USB outlets, so you can recharge all your devices at the same time you’re recharging yourself.

The standard rooms have a little bit more space inside – there’s a walkway around the bed. It could be used for overnight or longer-term stays a little more comfortably, where the compact room is really exactly what you need for a short period of time or to have a really cozy stay. The rooms rates start as low as $24 for the first hour for the compact room. They go down to $10 per hour which ends up being about $96 for an overnight rate. And the standard rooms are a little more than that.

It’s so much easier because you never have to leave the airport if you’re staying there overnight. You don’t have to worry about taking the shuttle to and from the hotel, going back through security. All the amenities inside the room are controllable by phone. [Guests] can control the temperature, lights and music in the room all from their phone. And we’re also able to remember those settings, so every time you go into a Sleepbox, wherever it is, when you open up the door and unlock it, it’s like walking right into your bedroom. The music’s the same, the colors are the same, the lighting scheme and temperature are the same inside.

ROSS: What are your expansion plans? What kind of airports are you looking at, and do you have any contracts coming up?

CHAMBERS: We’re looking to expand to a number of new airports, and we think that it can fit really well in different locations with different models. The number one piece is the flexibility that we have. We can either take over a thousand square foot or five thousand square foot inline space and put in a hub of locations in an airport, or we can just do kiosk-style installations, because all that’s really required for us to set up is an outlet.