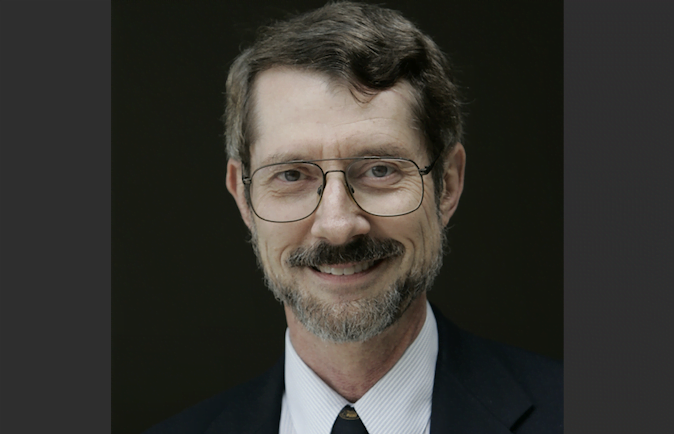 Funding for the airport industry remains in flux. Congress last year passed a reauthorization of the Federal Aviation Administration without increasing the passenger facility charge that helps airports build infrastructure. And, while there seems to be wide agreement among President Trump and Congress that the country needs to beef up funding for infrastructure projects in general, lawmakers so far have been unable to agree on what such a bill should look like.

Robert Poole, director of transportation policy for the Reason Foundation, doesn’t expect that to change anytime in the near future. He joined AXN’s Senior Reporter Andrew Tellijohn to discuss the current landscape.

TELLIJOHN: What is your sense of where the industry is at, post-reauthorization, in terms of how funding looks going forward? Is there any chance the PFC will be increased in an infrastructure or stand-alone bill?

POOLE: Frankly I think it’s going to be difficult until the next FAA reauthorization. It’s a 5-year bill. That’s the logical time.

The only other possibility is if they actually do an infrastructure bill. I would say that’s a less than 50-50 chance given how divided Congress is. You can never say never, but I don’t give it a high probability of happening this year and it’s not going to happen next year because everybody is going to be focused on the election. So, no, I really don’t think the PFC will increase in the near future.

There might be a majority that could be cobbled together for a stand-alone bill, given the bipartisan bill last year that Rep. Thomas Massie (R-KY) and Rep. Peter DeFazio (D-OR) had when DeFazio (who is now chairman of the House Transportation and Infrastructure Committee) was the minority leader.

He’s promoting that again this year. The problem is the calendar. In the weeks they are in Washington they are only in session Tuesday through Thursday. They have all these symbolic things they vote on and in the Senate confirmations that get dragged out and dragged out.

They haven’t even passed all of the regular appropriations bills in the fiscal years that concern them in five, six, seven years. This is partly because of squabbles between the two parties, but it’s also partly because of such a short amount of time that they are actually in session carrying out business. The idea of stand-alone bills, unless they are non-controversial and can be squeezed in somewhere, they have a really difficult time getting enough time to have a chance of being enacted.

TELLIJOHN: An infrastructure bill was one of President Trump’s big initial pushes and everyone seems to agree on the need for more funding in that area. Why has that become so controversial and are there any other mechanisms through which airports have a chance of finding increased funding?

POOLE: The only vehicle I could see this year would be an infrastructure bill and the odds are definitely 50-50. I’d say more like 20 percent to be soberly honest. I don’t see it likely, though you never can tell.

If Trump really pushes hard and they can find some broad areas of agreement between the House and Senate, given that one is Republican and one is Democrat, it might happen, but I think it’s highly unlikely.

Everybody wants something, but problem is the somethings are so different. You look at the proposals made by leading Democrats, whether they are running for president or Nancy Pelosi or others. They want massively unfunded bills or a $1 trillion-dollar or $2 trillion-dollar bill.

Or they want to do them with things that would never get through the current Senate, such as repealing the reductions in corporate income tax rates or having new taxes on millionaires and billionaires. None of that is going to happen as long as we have a Republican Senate.

The other alternative would be to basically increase the budget deficit by a trillion. That’s not going to happen with a Republican Senate either, I’m pretty confident in saying. There isn’t a clear path.

Maybe there could be a gasoline tax. Trump has blown hot and cold on that. But that’s highways. But if that’s enough to bring about talks between both houses on an infrastructure bill, maybe that could open the door for other things. If there is an infrastructure bill, then yes, there would be the possibility of some form of increase in the PFC cap.

TELLIJOHN: How are the alternative funding sources, such as P3s, working and do you see more of that happening as a result of stalemates in Washington?

POOLE: I think there is big potential for project-specific P3s like the huge long-term renovation of the Central Terminal at Denver International Airport (DEN) and the two big projects at Los Angeles International (LAX).

I think there is probably scope for doing more of those. They don’t involve a net new funding source, but they are a new way of financing major projects by committing to allocate airport revenue for say 30 years to make annual payments to the provider that is creating the new infrastructure.

That would be a way. For one reason or another if the airport’s bonding capacity is seen as being limited, for example, their PFC revenue is committed to existing bonds, then this is an alternate way of financing a project.

The other longer-shot possibility is if St. Louis actually goes through with a long-term P3 for the entire airport, that brings in equity capital as we saw in San Juan a few years ago that can lead to revamping of various major infrastructure aspects of an airport as part of a long-term P3 lease.

The big question is if this is going to go anywhere now that Congress liberalized that law and made it an ongoing program available to any airport. I think everybody that I talk to is watching to see if STL is going to go. If it does, I think that will trigger a lot more serious conversations, particularly at airports that are city-owned where the cities are in difficult financial situations and would like to, without disrupting the idea of having sound competent management of the airport, would like to get some of  the cash value of the asset out and use it to either invest in other infrastructure or to shore up their badly underfunded city pension system.

There is motivation out there potentially, but it’s such a new idea to most city governments that it will take a domestic transaction at a sizable airport. Puerto Rico is kind of seen as well, that’s not really us, but St. Louis would be a bellwether and would open the door to more such transactions.