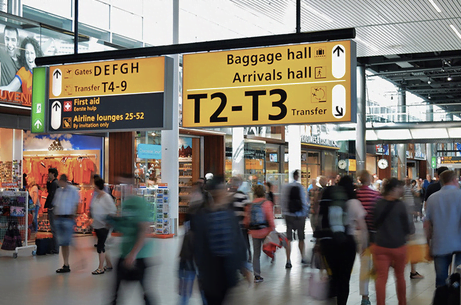 Travelers at U.K. airports will be allowed to keep liquids and electronic equipment in their bags through the security checkpoint within the next few years after British Prime Minister Boris Johnson announced plans for all major U.K. airports to introduce ground-breaking new 3D cabin baggage screening equipment.

“By making journeys through U.K. airports easier than ever, this new equipment will help boost the vital role our airports play in securing the U.K.’s position as a global hub for trade, tourism and investment,” says Johnson in a statement announcing the plan.

Though details regarding the new plans are scant, the British Department for Transport says the technology will have to be in place by December 2022, with the airports themselves footing the bill for the equipment.

The Department of Transport says once in place, the 100ml liquid limit may no longer apply and passengers could take liquids, like a bottle of water, through security.

“The new screening equipment will improve security and make the experience smoother and less stressful for passengers,” says Transport Secretary Gary Shapps. “It could also mean an end to passengers having to use plastic bags or rationing what they take away with them.”