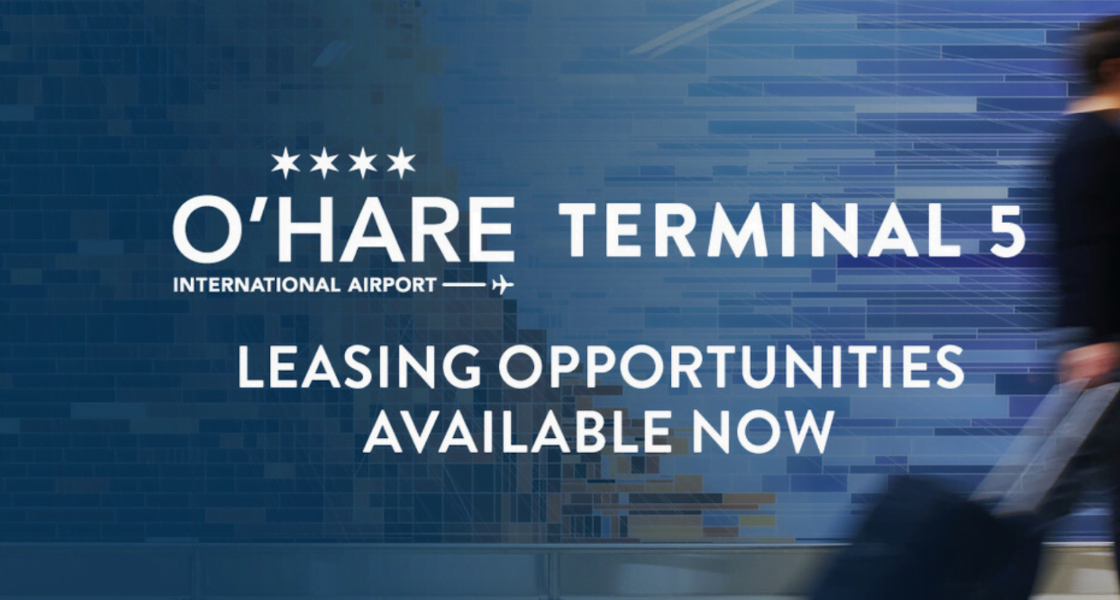 These four leasing opportunities represent 5,680 square feet and are separate from the RFP packages released by Chicago Department of Aviation (CDA) last month.

Three of the spaces are in the Terminal 5 post‐security commercial offering, created out of existing space that was repurposed for the dining and retail program. The fourth space will be on the arrivals level pre‐security.

“Terminal 5 is changing, its customers are changing, and the commercial program is evolving with it,” said Brian Petrow, URW’s vice president and asset lead at ORD. “The addition of new carriers and routes is bringing an even more diverse, dynamic customer base into the terminal, and we want the experience to reflect that.”

URW is taking a number of steps to encourage small business and ACDBE participation. Each space can be bid on individually or as a group, allowing smaller ventures to bid on a single space instead of multiple at one time.  URW has also streamlined the proposal process and reduced several requirements to remove barriers to entry.

URW is encouraging firms without previous experience doing business in ORD to attend a virtual information session August 11 that will provide information about how to pursue these opportunities.

Construction of the ORD Terminal 5 expansion began in March 2019 to when completed will add 10 new gates and approximately 350,000 square feet of new space, including hold rooms, terminal amenities and premium dining and retail options.