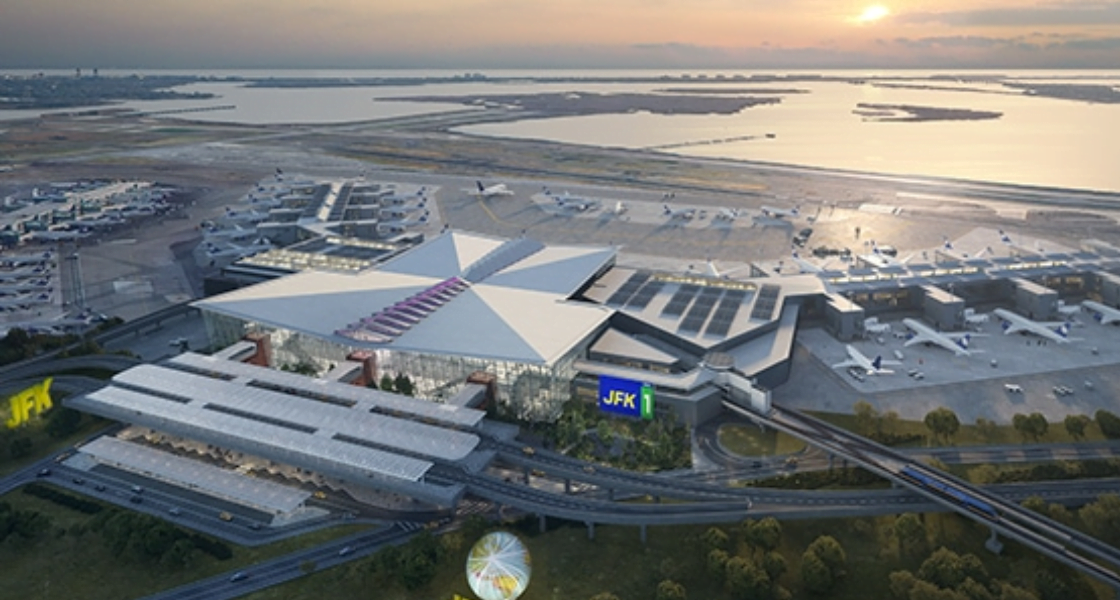 Unibail-Rodamco-Westfield (URW) has joined The New Terminal One (NTO) – a consortium of labor, operating and financial partners, and will serve as the exclusive commercial developer and manager for the $9.5 billion, 2.4 million square foot state-of-the-art new international terminal that was cleared to begin construction on the south side of John F. Kennedy International Airport (JFK).

Replacing the existing Terminals 1 and 2 to become JFK’s largest new terminal, the New Terminal One is expected to have phased openings beginning in 2026.

URW will collaborate with the consortium, which includes Ferrovial as lead sponsor alongside The Carlyle Group, JLC Infrastructure, and Ullico.

JFK’s New Terminal One will be the largest international terminal at the airport and URW and its partners are committed to engaging the local southeast Queens community, generating local job opportunities, boosting MWBE participation, and creating a uniquely New York sense of place.

“The New Terminal One is an unparalleled opportunity to work alongside the world-class team that will set the new standard for international and global terminals in the U.S.,” said Dominic Lowe, U.S. CEO at URW.  “We are excited to share our expertise, relationships and creativity to help make the New Terminal One an inclusive and amazing experience for all.”

“We are honored to partner with New Terminal One and the Port Authority of New York and New Jersey to take the airport commercial experience to new heights,” said Mike Salzman, URW executive vice president and group director-Airports. “We look forward to working with all stakeholders to deliver a landmark terminal that truly reflects New York City and gives travelers a one-of-a-kind destination along their travel journey.”