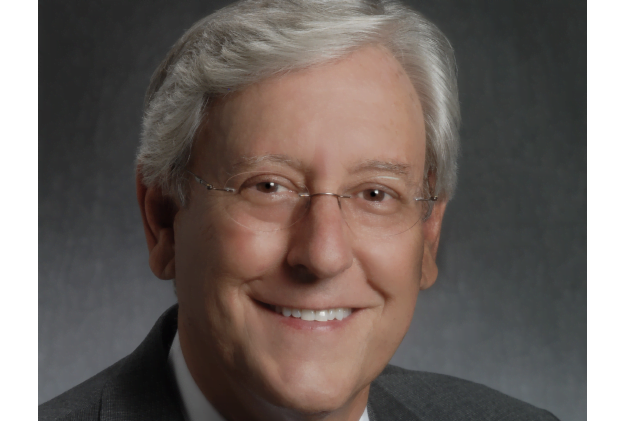 Editor’s Note: One month ago, the Airport Restaurant & Retail Association (ARRA) tapped Rob Wigington to be its first executive director. At that time, COVID-19 was a vague but growing threat, one that few, if any, thought would morph into the destructive force that it is.

Wigington had intended to focus on a variety of issues facing airport concessionaires in his first months with the organization. Instead, his efforts have zeroed in on the pandemic and its decimation of the airport concessions business. And as the crisis deepens, more and more concessionaires are turning to ARRA for solutions. From fewer than 25 members at its launch in mid-January, now ARRA’s membership has grown to 35 members. AXN’s Carol Ward spoke with Wigington about the current state of play, and how he’ll focus his efforts in the near-term future.

Ward: Concessionaires are in crisis. What actions is ARRA recommending concessionaires take, in terms of their relationships with airports?

Wigington: Concessionaires should be doing what they’ve been doing, and that is appealing to their airports and explaining how dire the situation is. A few weeks ago [the industry was] in critical stage and now we’ve gotten to the point where there are virtually no passengers, no sales, no business at all. The airport concessionaires are trying to hang on as best they can, but they’re losing employees right and left at the same time and they’re trying to make sure their businesses can survive. The key thing that we’ve been asking for, and that they’ve been asking for from their airports, is to get a relief from the MAGs (minimum annual guarantees) and the rents. They just cannot pay those. The airports are going through a disastrous economic situation, but the concessionaires are feeling it just as much, and in some cases a lot worse, because of the nature of their business. It doesn’t matter if they’re large or small companies. They are feeling this to the extent that they may not be able to survive without immediate relief.

Ward: At many airports, concessionaires have altered their operations or simply closed. Is that helping?

Wigington: Certainly that’s part of it. It’s very important that airports and the concessionaires work together to figure out how best to [manage operations], whether it’s closing the restaurants or shops or changing the hours or finding a different way of providing services. That’s been happening across the country at many airports, but that’s really just dealing with the operational aspects. That doesn’t get anywhere near helping the concessionaires the way rent abatement would right now and for the foreseeable future. We’ve put out the industry call that the airports provide 12 months of rent abatement. No matter when [the pandemic] ends, the toll is devastating on these companies and they’re going to need time to recover. We don’t know how soon passengers will be coming back and in what kind of numbers. We absolutely need the airports to work with the concessionaires to help reduce costs and adapt to the new environment that we see at airports.

Ward: Beyond negotiations with airports for rent relief, what is next in your priorities? Are you looking to Congress for a relief package?

Wigington: That will largely depend on what the airports do to help the concessionaires. Right now the airports are getting a lot of relief in the $10 billion that Congress provided, and Congress gave them wide latitude to use it for any lawful airport purpose. We want to see that airports are in turn providing relief to the concessionaires. Certainly, if the airports don’t provide the relief as needed, then we’re going to have no choice but to go to Congress and say we were left out. The airlines got taken care of, the airports got taken care of. That’s not to say it met all their needs, but it certainly goes a long way to helping them cover a lot of their costs and make up for lost revenues. A big part of those revenues is what they would be receiving from concessions. Concessionaires don’t have the money because they don’t have the sales. In effect the Congress was saying, “here’s money airports, for you to survive without those revenues.” So it’s incumbent upon the airports to turn around and relieve their concessions of those rent payments and other fees.

Wigington: The needs of our members are foremost, and they cross a lot of different issues. I think it was inevitable that at some point we would need to weigh in on federal issues. We’re partners with the airports, very closely tied to federal grants and regulations, so it’s hard for us to not be affected by that, to not have an interest in some of those outcomes. From the beginning our interest was in serving our members, bringing them together, providing them with a united voice. We could not have imagined we would need to have the kind of voice we have now in dealing with Congress and the federal government. This pandemic has certainly brought that need to a high level and that’s where we focus. This is our first and highest priority – it comes down to just share survival for our members. We will have lots of other issues to work on as we go forward.

Ward: ARRA is very new, and the COVID crisis reared its ugly head in the past month or so. Have you seen a sharp increase in membership with the crisis?

Wigington: We’re definitely seeing lot of companies sign on. There’s nothing like a crisis to get people’s attention. We’re glad to see it because it helps strengthen our voice and strengthen our reach and allows us to serve as many companies as we possibly can. We’re speaking for the industry and we want all [concessionaires] to participate.

Ward: When ARRA was formed, COVID-19 wasn’t even on the radar of most people. Are the initial priorities of ARRA back-burnered for the foreseeable future?

Wigington: There is no higher priority. We have a critical need, and it’s absolutely urgent that we get relief. A big part of why we want this kind of relief, why we need it, is that these companies won’t survive. Where are we going to be when the airports are able to really get back to business and the airlines start really flying again? We want to make sure we’re prepared to step right up and resume business.

Ward: Can you predict when the industry will start to see signs of recovery?

Wigington: I’ve got a glare on my crystal ball here, so I’m not seeing as clearly as I would like to. The reality is we just don’t know – nobody can really say and I sure wouldn’t want to speculate. it certainly feels like it’s going to drag out for quite a while longer. Then it’s going to be a tough recovery. There’s going to be a big transition and maybe a very difficult course to navigate, which is just going to prolong the challenge to the airport concessionaires to stay afloat, to keep enough business going and have enough sales activity that they can stay in business and hopefully get back to normal before too long.