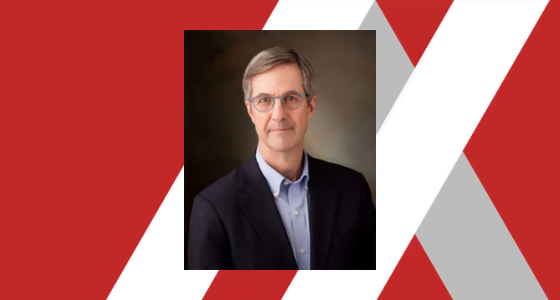 The Airport Restaurant & Retail Association (ARRA) tapped Bill Wyatt, director of Salt Lake City International Airport (SLC), for its latest industry call on the revival of the airport concessions business. Wyatt focused on the partnerships that he says are crucial as recovery accelerates.

Wyatt described how, in March 2020, SLC was set to hand over spaces to winners of a previous concessions bid.

“There were some bankruptcies among some, and nobody was quite in the mood to risk a build out of a brand-new facility on a lease that had been negotiated nine months earlier without [the looming pandemic] in mind,” Wyatt said. But the airport had cash available that was intended for construction of the airport. Instead, SLC offered that cash in the form of loans for tenant improvements.

Moving into the new terminal, Wyatt said his goal was “to open as many of the new facilities as everybody can stomach.” The loan program allowed that to happen. “Several took us up some didn’t and there are good reasons for both, and as a result, we were able to open several facilities,” he said.

“It was, in the world of municipal finance, controversial,” Wyatt continued. “The rating agencies weren’t terribly excited because this was not certainly something that we had talked about when we sold the bonds that created the cash a lot is to do this. But I think we made the point to them and to others that we couldn’t operate a 21st century international quality airport with food carts. And if you really believe that this is the end of commercial aviation then you should find another line of work, because I believe that country was just not going to allow that to happen. I think it was the right thing to do, and it worked.”

Wyatt stressed the importance of ongoing partnerships. “At a time like this, a global pandemic, we’re all getting killed and we’ve just got to find a way together to make it work,” he said. “I feel the same way about the airlines. We don’t always agree, but you got to find a way to resolve things and move ahead. This felt like a pretty good way to do it.”

For SLC, Wyatt is expecting a “tremendous bubble of leisure travelers” to pave the way to recovery, with “a trickle – perhaps growing into something bigger – of business travel” behind it. International travel “is going to be toast for probably a year” because, even though the U.S. seems to be handling mass vaccinations without too many hiccups, other countries aren’t.

He opined that the country’s major hub airports are in a good position because “hubs offer the opportunity to push more traffic that might otherwise want to go point to point.”

For airlines, one of many challenges faced in the coming months is how to return to profitability. Wyatt noted that the three legacy carriers – American Airlines, United Airlines and Delta Air Lines – eliminated some of their ancillary fees during the pandemic. He noted that the airlines achieved profitability in the 2010s by adding change fees, baggage fees and other costs while keeping ticket prices low.

“Something is going to give because they’re not going to be allowed to fly unprofitably forever,” Wyatt said. “Their business model is definitely going to be changing at some point here. I don’t think we know exactly how, but they’re going to have to deal with the loss for ancillary fees, which probably means [higher] airfares.”

For concessionaires, Wyatt urged operators to adapt their own business models to meet changing needs of passengers, such as desire for tech-enabled ordering and delivery. “I just think this is a time to really think about innovation and paying attention to what the customer wants, because we’re in a period of change,” he said.