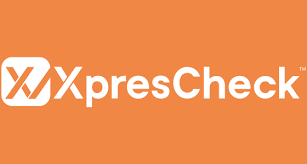 XpresCheck will begin building a pop-up facility in United Terminal E post-security at IAH this week that will host four separate testing rooms with an anticipated capacity of more than 300 tests daily. Testing options at the facility, expected to open in March, will include the rapid molecular COVID-19 test and the polymerase chain reaction (PCR) test.

XpresCheck has also started building a pop-up facility at EWR within United’s Terminal C baggage claim area that will have four separate testing rooms with an anticipated capacity to administer more than 300 tests daily.

The EWR facility will offer the same tests as the IAH location and is expected to open in mid-February.The new facility will be the second XpresCheck at EWR.

“We are pleased to leverage our existing relationship with United Airlines to bring new XpresCheck testing facilities to Newark and Houston,” said Doug Satzman, XpresSpa CEO. “Our ability to provide trusted test results within an airport setting is providing people with an added layer of security and comfort as their demand for travel increases.”