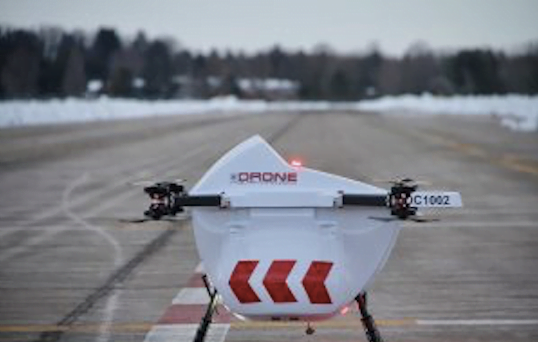 The agreement, which is assisted by Air Canada through its long-term commercial relationship with YEG, is expected to be the world’s first regularly scheduled drone delivery service from an airport.

As customers and routes are identified, and routes are approved by the regulatory authorities, DDC will deploy its DroneSpot takeoff and landing zones as well as additional drone flight infrastructure on YEG sites, and deploy its Sparrow cargo drone, with a capacity of up to 10 pounds, the airport says. The first route will be on a defined flight route within YEG’s site.

In its role as sales agent to DDC, Air Canada has agreed to sell, market and promote DDC’s drone delivery services, leveraging its expertise in the air freight and logistics, brand presence and sales network.

All operations will be conducted in accordance with the Canadian Aviation Regulations and Transport Canada flight authorizations and flights will be remotely operated and monitored by DDC from its new commercial operations center located in Vaughan, Ontario.