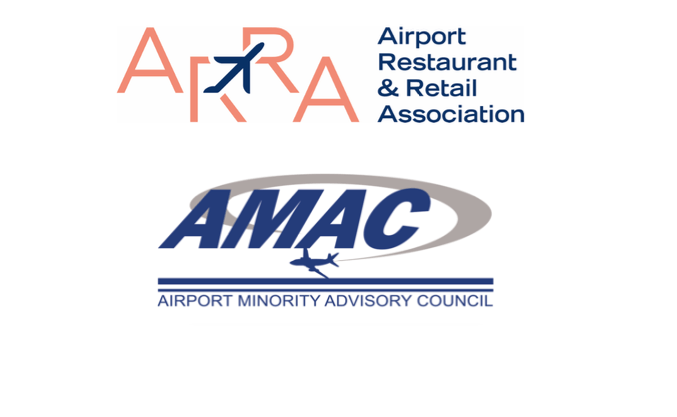 Airport concessionaires are hoping to see part of the $10 billion awarded to airports through the CARES Act flow to them in the form of rent waivers and other assistance in the midst of the COVID-19 pandemic.

In a panel convened by conference call yesterday, hosted by the Airport Restaurant and Retail Association (ARRA) and the Airport Minority Advisory Council (AMAC), industry experts said more in-depth Federal Aviation Administration guidelines are expected later this week, but that the CARES Act language suggests that airports can use the money for any lawful purpose.

James Burnley, former U.S. Secretary of Transportation and a partner at Venable law firm, says he believes that upcoming guidance will “make very, very clear that among the lawful purposes for which these funds may be used on the operating side of the airport would be concessions and rent abatements and the like with concessionaires.”

Burnley says the “ultimate outrage” would be if individual airports took their share of the $10 billion bailout, then refused to negotiate with concessionaires and other tenants.

“That would be double dipping,” Burnley says. “You can’t go to Congress and make an argument that you’ve got to bail us out as an industry because our revenue flow is drying up, and then turn around to the people that you have contracts with – who have no revenue coming in with which they can pay the rent, pay the MAGs, pay the landing fees – and say to them, we’re not going to talk to you, we’re not going to negotiate with you about abatements or deferrals or whatever the case might be.”

“I think this has been going to play out airport by airport,” he continued. “If a pattern emerges of airports refusing to bargain in good faith, I think both the FAA and the DOT on the one hand, and Congress on the other hand, are going to be very disturbed by that. I hope that the entire community comes to a common set of understandings about what this $10 billion is intended to do.”

Steve Van Beek, head of North American aviation for the Steer Group, notes that airports must first take care of bond repayments, operational expenses, and safety and security. After those obligations are met, the expectation would be for airports to work with tenants on some sort of relief, he said.

Corliss Stone-Littles, managing member, CSL LLC, noted that concessionaire contracts with airports are based upon “reasonable projections of passengers.

“All the parties at the table know that these reasonable projections have not been met,” Stone-Littles said. “The minimum annual guarantee is based on an assessment of a reasonable amount of usage of those concessions, and what that reasonable usage by the passenger would provide in revenue. All those factors have gone out the window, and none of us can really project for how long.”

For the past several years, many airport directors have stressed the importance of forming partnerships, rather than just contractual deals, with concessionaires. Thella Bowens, the former director of San Diego International (SAN), noted that fact in advocating for joint solutions. “When airports release solicitation for concessions and other contracts recent years, they have always referenced partnership, and a partnership works both ways,” Bowens said. “It works in times of good and it should work when times are bad.”

Bowens stressed, however, that in the vast majority of cases, a governing body will have to approve whatever deal is struck between an airport executive and a concessionaire. She also noted that the current crisis is such that no one will emerge unscathed.

“There is no way to solve this problem or to have what looks like a solution where everybody wins,” Bowens said. “In this whole situation, a lot of these companies and a lot of good airports are going to suffer some tremendous pain and losses. But I think it is incumbent upon the airport community to work with the concessionaires and all their tenants to see how we can best survive this together, because we really are in this together and we’re only going be as good as we all are at collaborating and finding equitable solutions.”

The teleconference help by ARRA and AMAC also included advice on insurance claims as a result of the COVID-19 pandemic. Kirk Weiss, senior managing partner at Concessions International, fielded questions, including the parameters of business interruption insurance.

“You can always file a claim,” Weiss noted. “Whether it’s compensable is a very complicated million dollar, if not multi-million dollar answer. Almost all commercial property policies require damage to properties or direct physical loss for the premises. The biggest argument is that the virus constitutes physical damage to property and whether such damage caused the loss of income.” Weiss recommended that concessionaires connect with their insurance brokers to ensure rules are followed and claims are filed in a timely manner.

Weiss also tackled questions on lowering insurance premiums and on types of insurance that might cover COVID-19-related issues.

Anthony Barnes, chief operations officer for AMAC, outlined some relief measures available to small businesses. He specifically pointed to a new measure known as the Paycheck Protection Program, which allotted $350 billion to help small businesses keep workers employed during the current economic downturn. Applications for the program open on Friday, April 3. Barnes also pointed to the Small Business Administration’s disaster assistance program. Full details for those and other programs can be found on the AMAC and ARRA websites.